High water levels are expected to continue for several more days on the North and South branches of the Muskoka River in Bracebridge.  Many roads are still flooded, several closed to vehicular traffic. Yesterday I met one resident who has decided to remain in her home. She and her husband have five pumps running to remove water from their basement. So far this working. To get into town, they use a canoe. Their home is heated with propane but electricity is disconnected and they are without fresh water.

Neighbours and strangers from the community volunteered to sandbag homes along the river but for some the water level has exceeded the height of the sandbags.

The photos in this post were taken on April 23 of the River Road flooding here in Bracebridge. The extension of River Road, known as Wilson Road is completely flooded forcing residents to walk through the bush to reach town. 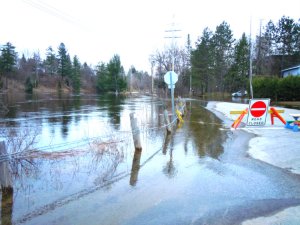 River Road from up river at the north-end of the flooded area.

Child’s playhouse flooded in the yard of a home on River Road and Ann Streets.

The road on the right of this photo provides access to the home you can see across the river and another one to the left. At the moment  the road is not accessible.

Here are two pictures of Bracebridge Falls taken last year – one during the 2012 Spring Run-Off, the second one in mid-July. For comparison the third photo was taken this past week. 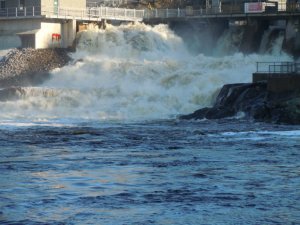 Bracebridge Falls, July 2012. This is how our beautiful falls look most of the year. 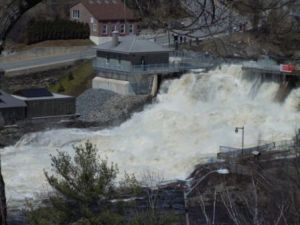 Once the water does recede, the real work will begin for the town and for residents as they try to put their lives and homes back together. Some support will come from the government to assist in repairing infrastructure damage. The Salvation Army is providing accommodation to families in need and products donated by Canadian Tire to aid in the clean-up. It will be weeks or months before any degree of normalcy returns to their lives. To make things worse, the Media reports that insurance companies will not cover damage and loss due to natural floods. Many people will not have the money to rebuild. I can’t imagine being in their shoes; my heart goes out to them all.

Steps from downtown Bracebridge, Heron’s Nest Studio Gallery is home to visual artist, Wendie Donabie.  Working in a variety of mediums,  Wendie’s artistry reflects her love of nature and  concern for the environment.

Most shows for 2021 have been cancelled. Please check my website for updated information. http://wendiedonabie.com/exhibits-and-events/

You can check out my work at Unique Muskoka where I changeover my work every few months. 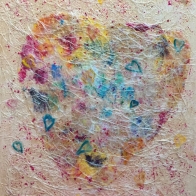 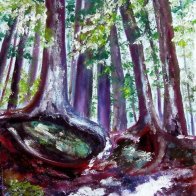 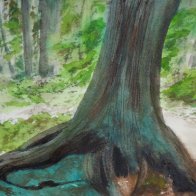 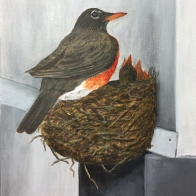 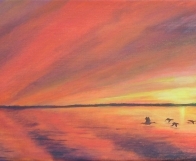 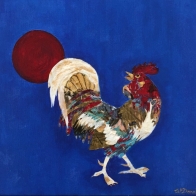 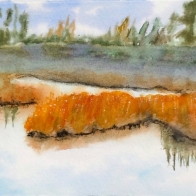 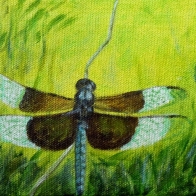 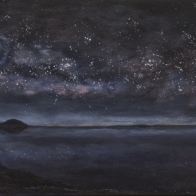 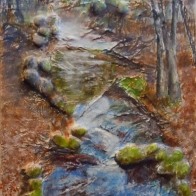 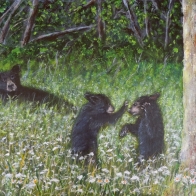 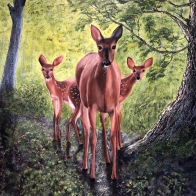 coffee and a blank page